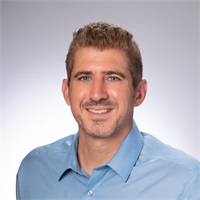 Mike brings 19 years of financial and investment experience to Shalhoub Financial. His success has stemmed from a client centered approach to building relationships based on trust and honesty.

Mike received his Bachelor of Science degree from Messiah College in 2001. He was also a scholar athlete, landing on the Dean’s List several times while playing 4 years for the Messiah Men’s Soccer Team. Mike captained the team to the school’s first NCAA National Championship in 2000. Since then, the schools soccer program has won 10 more National Championships. “The lessons I’ve learned being a part of a transcendent program has given me a different set of skills than those who just had achieved in the classroom. In fact, these real world skills have translated more directly to my career than any class could teach.”

Mike started his financial services career in the Central Pennsylvania area in 2002, and since 2005 has continued to run his practice from the beautiful Southern California coastline. He has his FINRA series 7 and 66 securities registrations held through LPL Financial, and serves clients throughout the country.

Through all his success, Mike felt that there was something missing that could catapult his business even further. Mike is now able to launch his own company affiliating with the largest independent Broker/Dealer in the country*, LPL Financial. By joining an independent broker/dealer, more emphasis can be put on clients needs, as LPL Financial has no products of their own to endorse or promote, leaving a truly objective platform for Mike and his practice to continue its ethics based approach.

“The genesis of the company’s founding was based on the belief that one should sacrifice everything to put the client first. Making the right decisions for our clients will always be our ultimate standard. With that focus, an inevitable byproduct will be a very successful relationship between client and financial advisor.” Mike has received the Freedom Club award every year for outstanding client service from 2014-2020. These awards are given to the top advisors who affiliate with LPL.

Mike and his wife Kamala currently live in Santa Barbara and have three kids; daughters Sienna (age 14) and Samara (age 12), and son Malakai (age 8). He is an active member in their church, and continues to seek going on mission trips similar to the one he took to Uganda in 2012. Mike has coached both his daughters team’s in AYSO soccer since 2011. He qualified for and ran in the Boston Marathon in 2009. His best marathon time was completed in 2 hours and 51 minutes in 2010. He loves sports, especially soccer and basketball, travel, and spending time with his family.

*As reported by Financial Planning Magazine, June 1996-2016, based on total revenue.